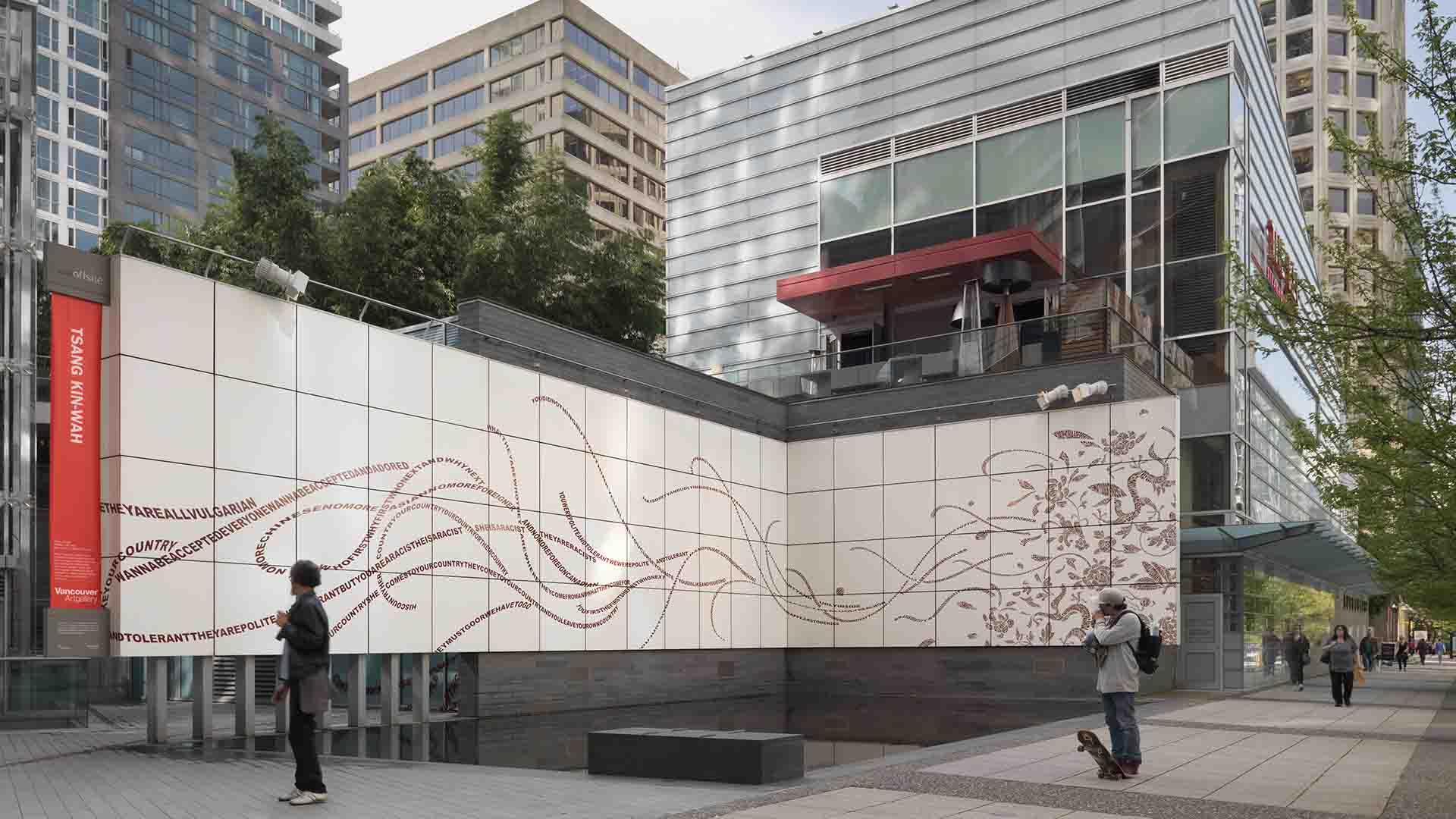 Deceitfully decorative, the content draws from discriminatory language that appeared in newspapers and political campaigns in Vancouver during the 1887 anti -Chinese riots, the mid-1980s immigration from Hong Kong and most recently, the heated exchanges around the foreign buyers and the local housing market.

Tsang’s work combines foul language with beautiful patterns to confront the reality of ignorance that often exists within cities that boast of their multiculturalism and diversity. Tsang covers the walls of Offsite with text composed of adverse rhetoric of Vancouver newspaper editorial columns from the 1980s but also contrasts it with voices of inclusion to compose floral patterns that unravel to form the body of a dragon.